This summer has been tough on me.

Like everybody else I have something inside; call it Soul or true nature. And it speaks louder and louder the older I get. Starting out it was but a whisper. But really by now, it is a relentless force, almost. It has now become various strong feelings of discomfort, whenever I do something out of alignment with my Soul. And lately but certainly not least; bodily symptoms that speak with increasing intensity too. All is designed I think (or hope!) to push me toward a truer calling.
I just wish there weren’t so many growing pains included in this process for my sensitive human self. A part of me is scared and clinging like crazy to all the old, familiar and stagnant; simply because it is known and thus feels safe. But is, in reality, an illusion, cause the old ways simply drain all life out of me..
Unfortunately, I seem to be one of those who has to learn the hard way.

I’ve gone from factory work to cleaning jobs to webshop/customer service, but nothing truly fit me. I really always was someone in need of a lot of freedom to express herself in different ways. But I have a hard time convincing myself that my creative work is useful or even a possible way of making money, so I keep battling (over and over) with ingrained childhood beliefs, (self)doubt and almost a kind of paralyzing survival-fear around it – pretty heavy stuff!

I’ve been unemployed for a while and now I am ill with this CFS  and feel like I am running out of time (yes, admittedly I’m a bit dramatic;)). Money is tight, I have had my house for sale for a while; was hoping to be able to move closer to the big city for better possibilities or perhaps education.

Basically, I’ve felt immense pressure from both inside and outside forces for a couple of years – it simply has been too much and all there really is to “do” for me at this point is: Surrender & Trust.

It helps a bit to have awareness of this notion about living “the symbolic life”. Which enables you to zoom out, to get a more complete perspective and view your life circumstances in a broader view. You can almost perceive it like it was a dream.

And when I do that it becomes a little comically how this situation speaks in metaphors about what is going on for me: what ancient and fear-inducing beliefs I am currently “white knuckling” my way through in the hope to release it for good.

For instance: my CFS was discovered because I took on a temp. cleaning job by the unemployment office; you could translate it into something like “usefulness-job”; hence a job for me to be of good use to society. And I tried my best, though I have already done my fair share of routine/physical work.
Turns out, that by now my body is completely fatigued and done with this kind of “usefulness”.

It all really makes me wonder about what it means to: “be useful”..?

Another small metaphor; my garden is very small; looking rather unassuming from a distance. But it has none the less several fruit trees growing in it: cherry, plum, mirabelle and apple.
The cherry tree was filled to the brim with delicious dark red cherries in July and now my Mirabelle trees and plum tree are overflowing – the plums are juicy Victoria Plums. Yummy!

It has been such a fruitful year, that I’ve had to throw a lot of fallen fruit on the compost pile.
-what a waste it seems; when there is so much nourishment on those trees – plenty to share:)

But as with my own hard-earned lessons in life; nothing is truly ever wasted, I guess. Probably more beneficial to view it as simply a recycling back into natures great circuit, to then re-appear in a slightly different, but potentially even better and more refined form:) 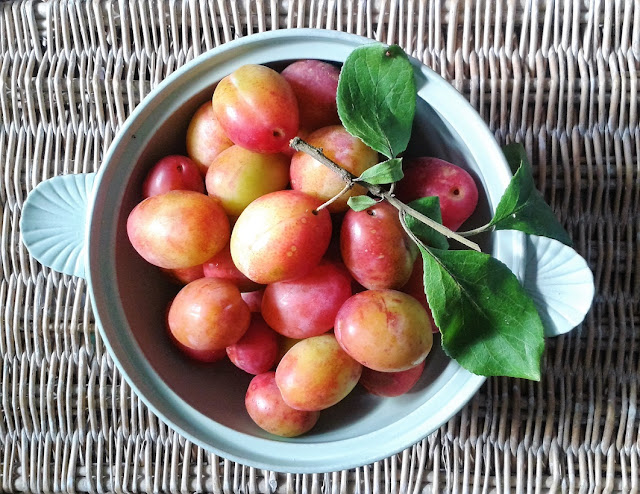 This apple tree is from the lovely meadow close-by – bursting with apples! 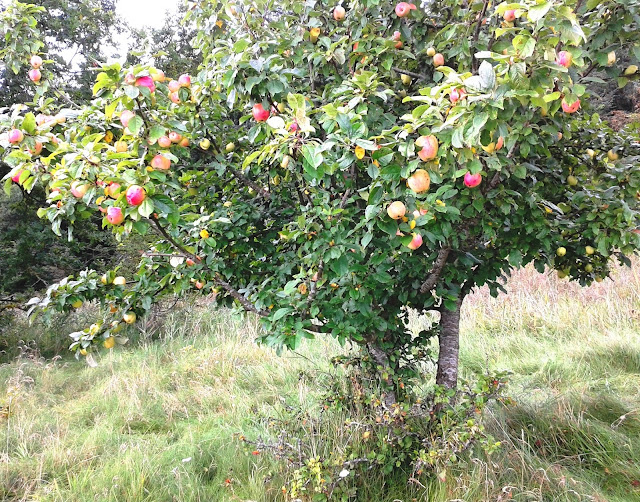 I came across this little black/white fellow (its a cat) a couple of times on my walk the other day:) 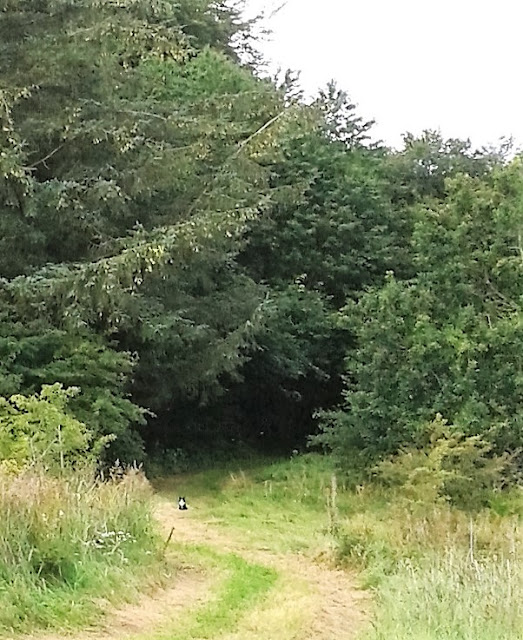