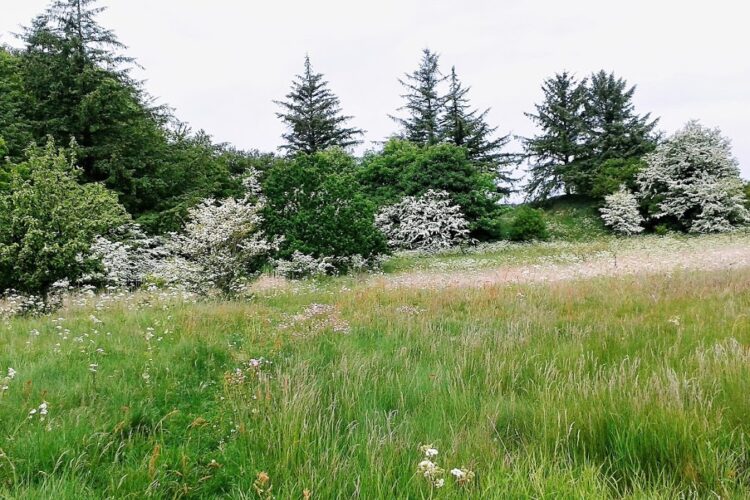 I like dream analyzing – have for years, and find a well of wisdom in it once you crack the code to the particular language of your subconscious.
A few months ago I dreamt that I cut out all labels at the neck of my sweaters. And later that I was unable to start my old (now scrapped) car, which was parked down a forest trail – the steering wheel was simply missing. It was impossible, even illegal attempting to start it.
Pretty straightforward I think: going through the experience with CFS has left me without any outwardly positive identity and also unable to continue my old way of “driving through life”:)

Besides, I’ve just recently found out that I seem to have unknowingly dealt with a mild case of CPTSD for years. It was a (sad) light-bulb moment, reading the descriptions of this condition. I can highly recommend Pete Walker’s book: “Complex PTSD: From surviving to thriving” (can be found on Amazon.com).

His definitions of CPTSD:
Occasionally experiencing emotional flashbacks (without visual content) of feeling very small, fragmented and powerless/hopeless, social anxiety-tendency, toxic shame, low self-worth, boundary setting issues, bouts of abandonment depression etc. He explains how your body reacted in the past to something that was traumatic for you; either with a freeze, fawn, flight, fight-response or a combination. And how to move out of these states again, very slow and gradual.

Not to mention dealing with the infamous, so-called “inner critic” that basically is an aspect of your own mind which hijacks the tiniest trace of critic or disapproval from outside sources and then blows it out of proportions and attacks you from inside. One of the most important tasks was (on rare occasions still is) dismantling this self-attacking little devil, which many are familiar with.

It’s recognizable to me; though mostly from way back in my earlier adult years, thank god!
Slowly it got better over the years. Much better in fact; I feel like I’m in the last stages of recovery.
-In retrospect, it seems like I in a way slowly moved through all the trauma-responses. All except the fight one.

Well not until now:

Because these last months some deeply buried sorrow and suppressed rage arose in me – Finally!

(safely released without harming anyone, except a couple of unsuspecting pillows..;o))

I want to stress, that it’s not like I’ve experienced abuse or any kind of extreme neglect. Nobody was deliberately cruel, but being so sensitive + an empath in combination with certain aspects of my upbringing, apparently caused some damage. Besides, I think this condition is actually much more common than we think. And us sensitive ones are probably extra susceptible to trauma.
– I agree with Pete Walkers thought, that trauma in various degrees is often the real root-cause behind a lot of diseases or psychological disorders.

The last couple of years has left me stripped to the core on all levels. It’s tough to watch yourself be reduced to a “case”, as viewed through the eyes of society.

It can be difficult not to allow society/other people to define you, can it not? Since that’s how we all are conditioned throughout childhood. Thank god, I had already unlearned a lot. If I hadn’t, this phase would have been harder to go through for sure. Real trouble only comes, if there’s a part of you that still secretly agrees with certain demeaning perceptions: like being too much/little, just weak or even broken. It’s of course very crippling if even just a small part of you agree with certain perceptions.
Like old, semi-conscious misperceptions and faulty filters formed around the way, you were responded or not quite properly responded to, throughout childhood.
Have to clean those faulty filters or better throw them out!
The world is a relentlessly sharp mirror; showing you exactly how or where you are still belittling or having doubts about yourself. You could say it’s showing you – by triggering a painful response in you or not – how far you have come in your healing process. It keeps unraveling, bringing the youngest parts of you up for a healing, motherly embrace.
It seems to me that our no. 1 responsibility in life is to take the power to do the crucially important job of defining and valuing ourselves 100% back into our own hands (difficult as it may be).

Learning to ALWAYS be our own best, most loving friend no matter what.
Besides, who even knows better than me, the very core of my heart & soul?  Bare as it is right now with no labels to hide behind.

This spring, a long-awaited sense of peace – even playful joy – is settling within me at last. Because I’ve realized that my innermost core is exactly the same as it always was.

Well, of course it is! And it’s actually a pretty pure and precious one, tooJ

P.S “my” meadow is blooming again; this summer’s going to be so much better than last year! 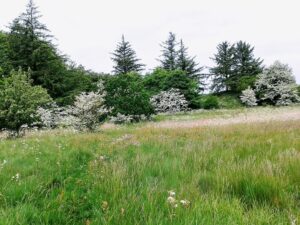 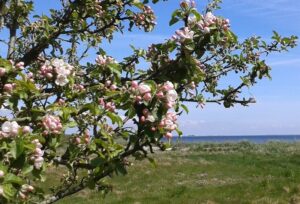 I’ve finished translating my book to english (well, almost…typically, I keep changing bits here and there..:)) and I’m attempting to draw the book cover, right now. 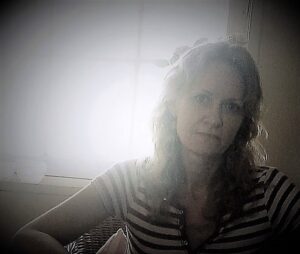 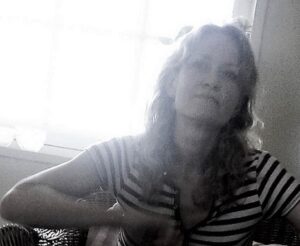